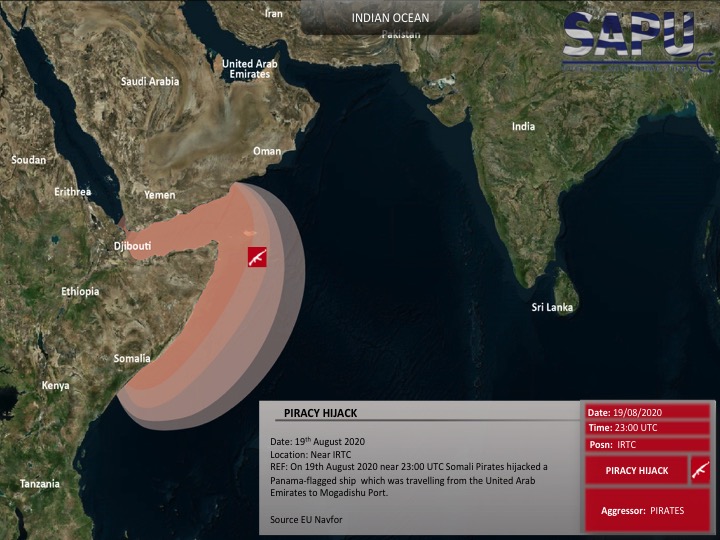 Somali pirates have hijacked a Panama-flagged ship, a regional official told Reuters on Wednesday, the first successful hijack since 2017.

The ship was travelling from the United Arab Emirates to Mogadishu port when it appeared to develop mechanical problems near IRTC. said Musse Salah, the governor of Gardafu region in the semi-autonomous northern region of Puntland.

It was attacked by six pirates on Wednesday night, he said. The number and nationality of the crew was unclear but discussions were under way to free them, he said.

At the height of their power in 2011, Somali pirates launched 237 attacks off the coast of Somalia, the International Maritime Bureau says, and held hundreds of hostages.

The attack comes days after Islamist militant group Al-Shabab, an affiliate of Al-Qaeda, launched a deadly gun and bomb attack at a popular seaside hotel in Mogadishu. At least 15 were killed and more than two dozen wounded in a strike that dealt a blow to the country’s stabilization efforts as well a U.S.-led military campaign boosted under President Donald Trump.

For the UAE, the piracy incident would mean its second ship seized after leaving the country in just three days. Iran announced on Monday that its maritime authorities had intercepted a UAE vessel that illegally entered Iranian waters on the same day UAE coast guard personnel opened fire on Iranian fishermen, reportedly killing two of them.