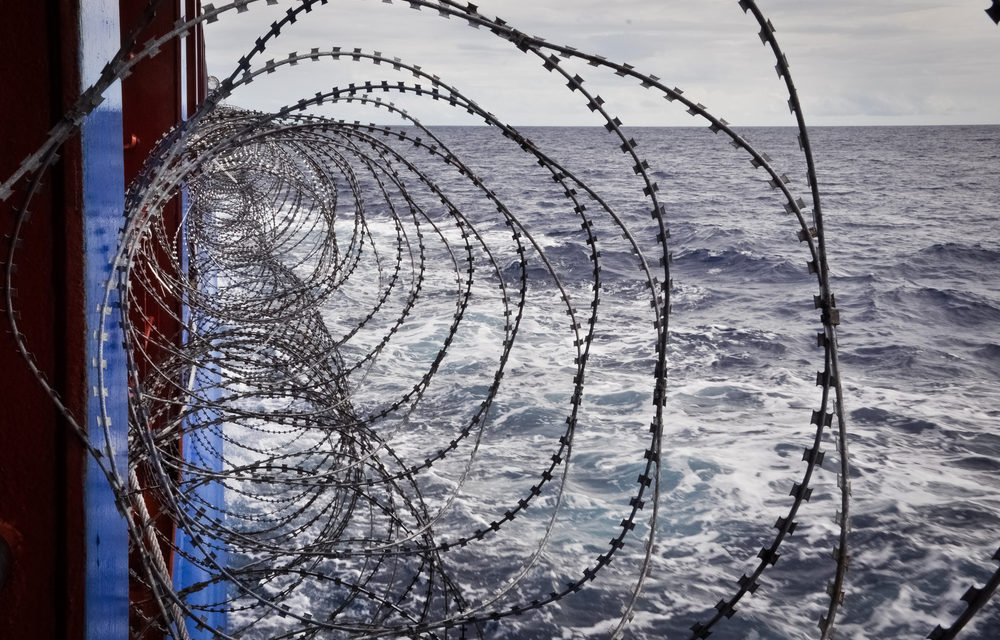 Benin to allow foreign Armed Security Teams on board ships

Benin informed that all ships bound for a port in the country are required to have an Armed Protection Team (APT). Failing that, the vessel must receive a protection service by the Benin Public Forces at the entrance to Benin’s territorial waters. The associated fees will be paid at the port of call.

Any ship bound for a port in Benin with an armed protection team on board, will have to send through its ship agent, a request for permission to enter Benin’s territorial waters with its own armed onboard protection team.

The application for entry into Benin’s territorial waters is a form that must be completed online and sent to the Director of the port of call at least 72 hours before the vessel arrives.

In this aspect, any ship which is authorized to enter Benin’s territorial waters is subject to an arms verification. The APT’s weapons are then placed under seal. This operation is carried out at the quayside by a team from the Beninese Armed Forces under the authority of the Maritime Prefecture.

When the ship is about to sail, the Armed Forces team shall unseal all the onboard armed protection team’s weapons.

What is more, ships without an on-board armed protection team who intend to enter the port directly and not stay on the roads, are escorted from the reception zone to the pilot station and into their berths.

In addition, vessels with no on-board armed protection teams and which have to stay on the roads, will go directly to the berths which are assigned to them by the semaphore. Their team of Navy Fusiliers will board as soon as they are in berth.

The armed protection provided by the Armed Forces is as follows: