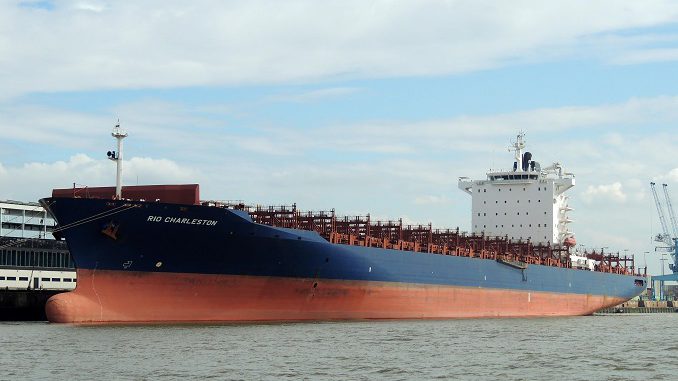 Five pirates attempted to board container ship Rio Charleston on 10 June, 98 km off the coast of Bayelsa, Nigeria. The attack is the ninth piracy incident to take place deep offshore in the Gulf of Guinea in 2020.

The vessel managed to avert the attack by increasing its speed, activating fire pumps, and performing evasive action. Crew are reportedly safe and the vessel, at time of writing, is travelling up the Bonne River towards Nigeria’s Onne port, according to AIS data.

There has been a growing incident of piracy attacks offshore. The total number of pirate incidents has increased to 59 thus far in 2020, compared with 56 in the same period last year.

“This is part of a trend of incidents occurring deeper offshore,” sources added.  “If you look at 2018 the majority of incidents, they are staying close in to shore, in and among the energy infrastructure of the Delta. However, increasingly, towards the latter end of 2019 and early 2020, we’re seeing more incidents at that 120–185 km range. We’ve seen pirates operating with a very high degree of confidence and range in small boats.

“The use of mother ships is assessed to be still ongoing, but we do see that pirates are quite content to bring a lot of fuel with them and go out to 185 km in small boats – this is less common during the May-September monsoon season.”