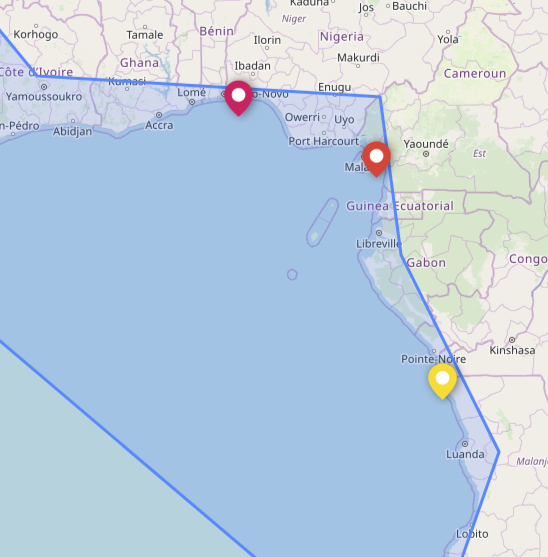 On 15th March at 1605UTC, in psn 06º04S  012º18E, while at anchorage, a supply vessel (NAME WITHHELD) was approached by two skiffs with 4 and 6 POB. The alarm was raised and SSAS activated. Noticing the vessel’s alerting, the skiffs changed their cource to Congo River The port Authorities were informed and a patrol boat was dispatched to the area. Vessel and crew were reported safe.

On the 19th March at 0045UTC in psn 06º18N  003º21E, an intruder was found on the deck of a MT (NAME WITHHELD) by the anti-piracy round. The security team member used warning shots ant the alarm OB was raised that caused the intruder to flee. A Nigerian Navy patrol was dispatched on the scene. Vessel and crew were reported safe.

An MV has been attacked in psn 03º40N  00925E (Douala Anchorage) the 19th of March at 2345UTC by 8 armed people in a boat.
The attack is finished and both the MV and the crew are safe. Mariners are advised to exercise extreme caution on this area.