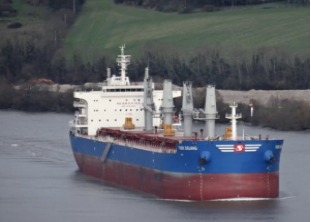 December 30: Reporting indicates that while transiting between Lagos and Port Harcourt, Nigeria approximately 45 NM SSW of Bonny Island, the bulk carrier DROGBA (IMO #9724001) has been attacked.

It is understood that the alarm was raised and crew members mustered within citadel with the exception of the captain who remained in charge of the vessel.  The pirates are understood to have engaged in a brief firefight with the Nigerian navy personnel on-board and the pirates withdrew.