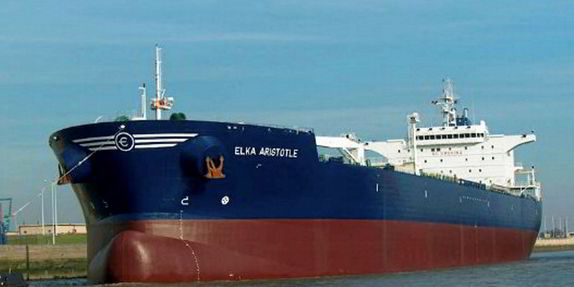 LOME (Reuters) – Pirates attacked the MT Elka Aristotle, which belongs to European Product Carriers, off the coast of Togo on Monday and fled after taking four crew members as hostages, the West African nation’s Navy and Greek authorities said, two days after a similar attack in the waters of neighboring Benin.

Of the missing crew members, two are Filipinos, one is Greek and one is Georgian, the Navy said in a statement. One security guard was also shot and wounded in the attack., it said.

“Monday, 4th of November 2019, around 0300, the tanker boat Elka Aristotle […] was attacked around 18 kilometers (11 miles) from the port of Lome by armed individuals,” the statement said.

While piracy has decreased worldwide, West Africa’s Gulf of Guinea is a high-risk area for abductions and armed robbery, according to the International Maritime Bureau.

Armed guards were present on the Greek boat and tried to fight off the attackers, but one was wounded, the Togo navy said. An investigation has been opened.

The attack follows the abduction by pirates of nine Filipino crew members from a Norwegian-flagged boat off the coast of Benin on Saturday.