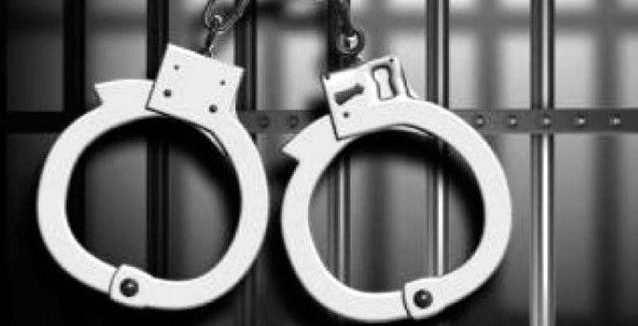 The suspects, who were onboard a ‘rogue vessel’, MV Workhorse, were intercepted while escorting an oil tanker, MV Osamewe to an undisclosed location without permit. Cdr. Murtala Rogo stated that “in line with the Nigerian Navy policing role on the maritime domain, on Sept. 6, we got tip-off of a vessel carrying out illegal escort duty for an oil tanker.“

It was added that “ we deployed NNS Pathfinder patrol gunboats to Bonny Anchorage to make the arrest.” “On reaching there, our patrol elements arrested seven crew members onboard MV Workhorse for providing illegal armed escort to an oil tanker, MV Osamewe.” “The suspects could not provide the appropriate permit to operate as a private maritime logistic support security vessel at the time of arrest.”

Cdr. Rogo said it was a crime to carry out oil and gas activities within the nation’s maritime environment without approval from the Navy and relevant government agencies. It was added that the vessel was eventually remanded in their custody in order to enable them carry out a thorough investigation on the matter.

Moreover, according to local media, the naval commander expressed optimism that the arrest and prosecution of the suspects in court would serve as deterrent to criminals on the waterways. Assistant Commandant of NSCDC in Rivers,  Mr Abdullahi Umar, thanked the navy for the collaboration that exists between the two security agencies at the state level when receiving the suspects and vessel. Umar further promised that the suspects would have their day in court.

The News Agency of Nigeria (NAN) reports that the Nigerian Maritime Administration and Safety Agency (NIMASA) together with the Navy are the two leading security agencies with mandate to police the nation’s waters.

In fact, in September, the Director-General of the Nigerian Maritime Administration and Safety Agency (NIMASA), Dr. Dakuku Peterside, stated that policies of the Government of Nigeria in the maritime sector aim to advance Foreign Direct Investment (FDI) into the industry, explaining that reforms in the Nigerian maritime sector are potentially creating opportunities in the industry, and for this reason he invited investors to leverage them.

On April, the Nigerian Navy handed over nine suspected pirates to the Interpol unit of the Nigeria Police, for allegedly possessing firearms and suspected crude oil within the Nigerian maritime domain. The nine individuals and their vessel ‘Sea Angel 3’ were arrested in western Nigerian waters, during a joint operation by the Nigerian Navy and the US Navy, in support of African Maritime Law Enforcement Partnership.