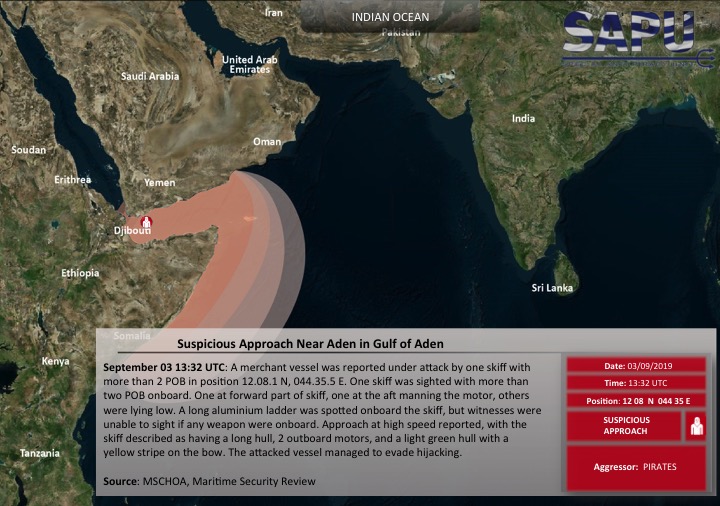 Suspicious Approach Near Aden in Gulf of Aden

A merchant vessel was reported under attack by one skiff with more than 2 POB in position 12.08.1 N, 044.35.5 E. One skiff was sighted with more than two POB onboard. One at forward part of skiff, one at the aft manning the motor, others were lying low. A long aluminium ladder was spotted onboard the skiff, but witnesses were unable to sight if any weapon were onboard. Approach at high speed reported, with the skiff described as having a long hull, 2 outboard motors, and a light green hull with a yellow stripe on the bow. The attacked vessel managed to evade hijacking