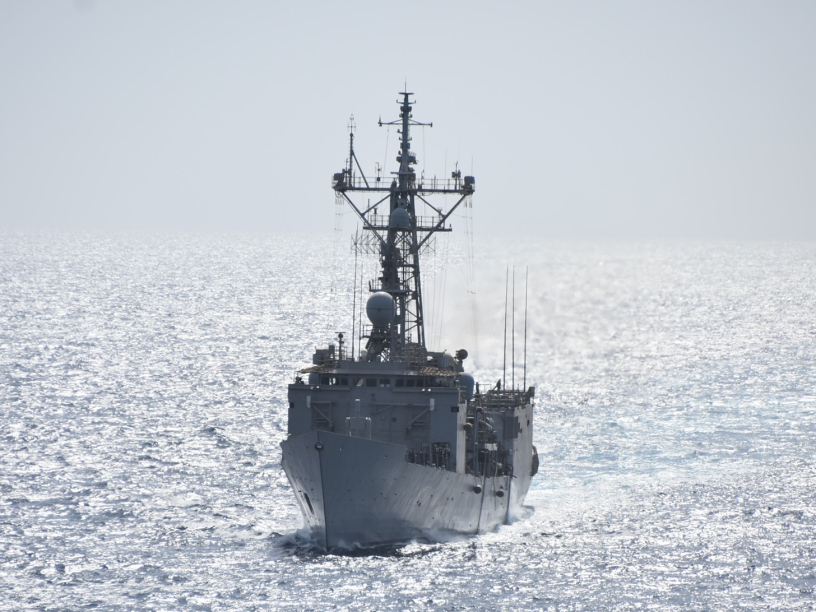 Counter-Piracy Task Forces work together to deter piracy at sea

Warships from three nations have taken part in a counter-piracy surge operation, led by Combined Task Force (CTF) 151 in the Gulf of Aden. The operation was part of the Republic of Korea-led CTF 151’s mission to deter piracy and to contribute to wider maritime security in the region by focusing shared resources and assets over a prolonged period.

The ships ROKS Daejoyeong, ESPS Navarra and JS Asagiri worked together in conducting Maritime Awareness Calls to engage with local mariners and increase their understanding of the Combined Maritime Forces and CTF 151 role.

Captain Andrew Rose, Royal Navy, Deputy Commander of CTF151, said: “Operations such as this help to build partnerships and interoperability among the various stakeholders involved in counter-piracy. It also helps to build friendships and understanding amongst mariners to increase maritime security and suppress piracy.”

The long term aims of counter-piracy stakeholders are to deter and disrupt piracy by working together; to enhance information sharing and to engage with regional partners, the merchant shipping community and local mariners.