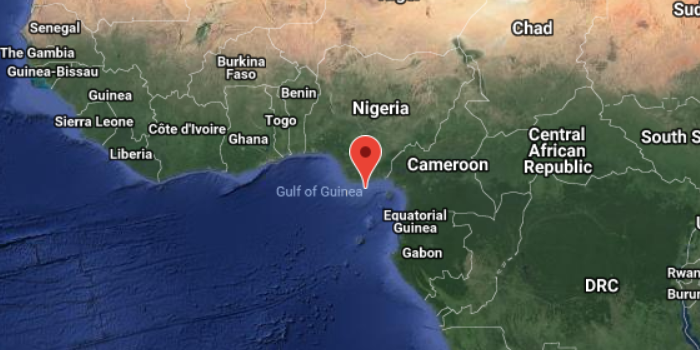 Two speed boats with 16 armed persons onboard chased and fired upon an offshore supply vessel, while the vessel was sailing around 30 nautical miles southwest of Bonny Island, Nigeria.

Sources identify the ship as the French-flagged ‘PSV Bourbon Explorer 502’.

According to data provided by IMB piracy reporting centre, the incident occurred in the morning hours of 28th February. Crew raised the alarm, while the vessel increased speed and commenced evasive manoeuvres. All of the non-essential crew mustered in the citadel.

The escorting security vessel intervened to repel the attack. The ship sustained a bullet damage on the bridge.

There were no reported injuries. The Nigerian Navy escorted the vessel to a safe port.

This was not the case for another offshore support vessel sailing in Nigerian waters, off Brass, earlier in March. Pirates armed with machine guns in two speed boats approached the vessel underway, boarded the ship with an elongated ladder, stole crew’s belongings and kidnapped five men.

In addition, there are reports that one Nigerian Navy armed guard was killed during exchange of fire.

Sharing figures for 2018, IMB said attacks in waters between the Ivory Coast and the Democratic Republic of Congo more than doubled in 2018, accounting for all six hijackings worldwide, 13 of the 18 ships fired upon, 130 of the 141 hostages taken globally, and 78 of 83 seafarers kidnapped for ransom.