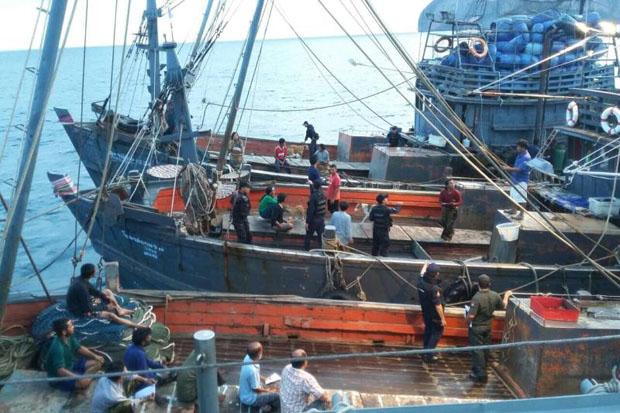 The trio were apprehended by Malaysian marine police during the incident. They would be released and returned to Thailand, either on Wednesday or Thursday, Gen Prawit said.

Meanwhile, they have been provisionally dismissed from official duties since it was found they had trespassed in Malaysian waters, a violation that could lead to both disciplinary and criminal action, he said.

It remained unclear whether the three demanded bribes from the fishermen, the deputy premier said. The investigation was still under way. They faced charges of piracy brought by Malaysian authorities.

Gen Prawit said the trio, who work out of Muang Satun police station, had no authority to intercept fishing boats at sea.

“I concede that the three officers behaved inappropriately by wearing uniforms and carrying arms and going into Malaysian waters, which are clear wrongdoings,” the deputy premier said.

The incident happened in the morning of Aug 19, after Thai authorities were reportedly informed that a fishing boat from Malaysia was spotted in Thai maritime territory.

The three police officers and an assistant village headman apprehended the boat and its crew, who contacted their country’s marine police for help.

Once Malaysian officers arrived, the Malaysian fishermen claimed the Thai officers had tried to rob them, leading to the arrest of the four Thai officials.