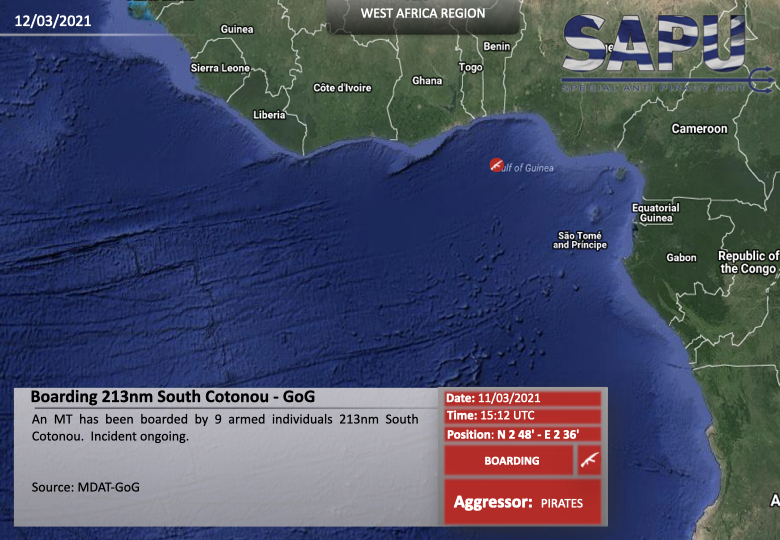 An MT has been boarded by 9 armed individuals 213nm South Cotonou.  Incident ongoing. 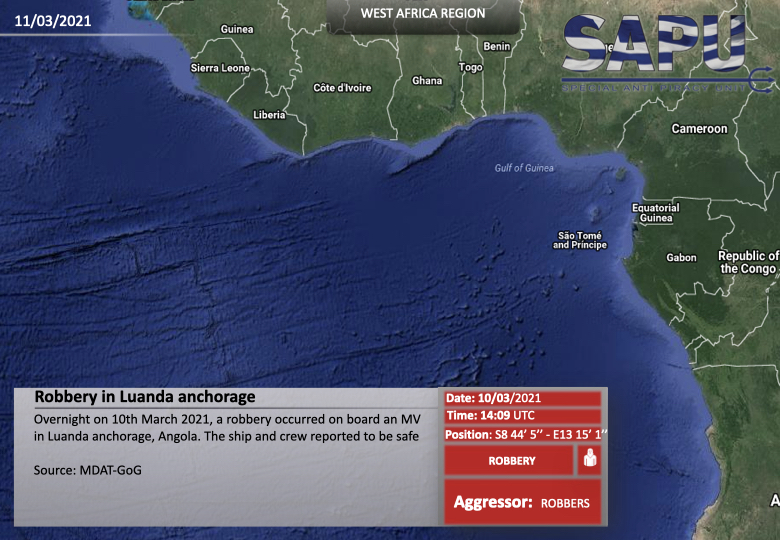 Overnight on 10th March 2021, a robbery occurred on board an MV in Luanda anchorage, Angola. The ship and crew reported to be safe 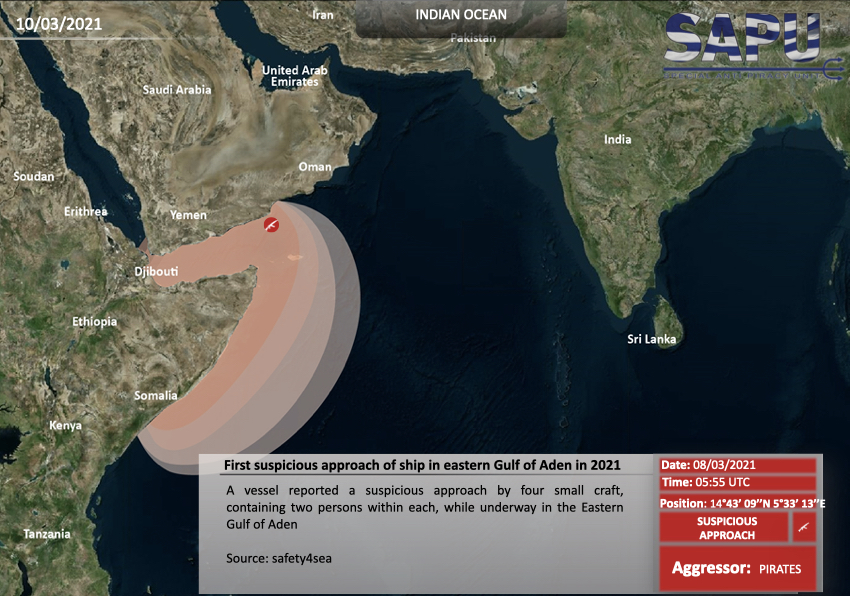 Saudi Arabia said some of the world’s most protected oil infrastructure came under missile and drone attack in an escalation of regional hostilities that pushed up crude prices.

The attacks on Sunday were intercepted, Saudi Arabia said, and oil output appeared to be unaffected. But the latest in a spate of assaults claimed by Iran-backed Houthi rebels briefly pushed oil prices to above $70 a barrel for the first time since January 2020 and will likely complicate efforts by U.S. President Joe Biden to engage in nuclear diplomacy with Iran.

The attacks are the most serious against Saudi oil installations since a key processing facility and two fields came under fire in September 2019, cutting production for about a month and exposing the vulnerability of the kingdom’s petroleum industry. Yemen’s Houthi fighters claimed responsibility for that attack although Riyadh and Washington pointed the finger at arch-rival Iran. The U.S. held back from military confrontation and said at the time it would boost air and missile defenses in the kingdom.

On Monday, the U.S. said its commitment to defend Saudi Arabia is “unwavering.” In a Twitter post, the U.S. mission in Riyadh condemned the attacks, which it said demonstrated a “lack of respect for human life” and a “lack of interest in the pursuit of peace.”

In Pictures: This Is Where Saudi Arabia Gets Its Oil

An oil storage tank farm at the Ras Tanura export terminal on the Persian Gulf coast was attacked by a drone from the sea, according to the Energy Ministry. Shrapnel from a missile also landed close to a residential compound for employees of national oil company Saudi Aramco in Dhahran, where windows shook and witnesses said they took shelter. The compound is home to families of Saudi and expat employees, and there’s a U.S. consulate nearby. Ras Tanura is about an hour by car up the coast.

“Both attacks did not result in any injury or loss of life or property,” a spokesman for the Saudi Energy Ministry said. Two people familiar with the situation also said oil output was unaffected, and on Monday loading in the Ras Tanura area was continuing, with tankers docking on the north pier and sea islands.

Brent crude rose as much as 2.9% to $71.37 a barrel on Monday, before paring gains. Oil had already received a boost from an OPEC meeting last week, when ministers agreed to keep a tight leash on supply.

Ras Tanura’s airspace is heavily defended: it is close to a large Saudi air base and its offshore loading terminals are equipped with protection against undersea attack. The Houthis launched eight ballistic missiles and 14 bomb-laden drones at Saudi Arabia, a spokesman for the group, Yahya Saree, said in a statement to rebel-run Al Masirah television.

“This does not seem as effective an operation as the previous one,” said Douglas Barrie, a senior fellow at the U.K.-based International Institute for Strategic Studies.

Ras Tanura is the world’s largest oil terminal, capable of exporting roughly 6.5 million barrels a day — nearly 7% of oil demand. The port includes a large storage tank farm where crude is kept before it’s pumped into super-tankers. A refinery at the same site is Aramco’s oldest and largest.

Saudi Arabia leads a military coalition which has been fighting the Houthis in Yemen since 2015. On Sunday it said a recent U.S. decision to stop designating the Houthis as terrorists had fueled the rise in attacks, sharpening its tone against Washington.

The Biden administration has moved to ditch the designation after the United Nations warned of famine in the Arabian Peninsula’s poorest nation if aid was disrupted. The administration of Donald Trump adopted the label toward the end of his time as president, and it was seen as a way of increasing pressure on Iran.

Adds “The Houthi attacks on Saudi Arabia will likely further complicate efforts of the Biden administration to negotiate a follow-on nuclear agreement with the Iranians,” Helima Croft, the head of global commodity strategy and MENA research at RBC Capital Markets in New York, wrote in a research note.

During his campaign for president, Biden pledged to rejoin a multiparty nuclear pact with Iran that Trump had exited before imposing sanctions. But Washington and Iran are locked in a standoff over which government should make the first move.

Disappointed at the slow pace of developments, Iran could be returning to its “traditional playbook of leverage-building and pressure tactics in multiple arenas,” said Sanam Vakil, deputy director of the Middle East and North Africa Program at Chatham House.

“What Iran risks, I think is overplaying its hand and underestimating the level of ‘Iran fatigue’ in the international community,” she said, adding Tehran could stymie diplomatic efforts aimed at reentering the deal through such “leverage-building attacks.”

The Houthis have stepped up assaults on Saudi Arabia and last week claimed they hit an Aramco fuel depot in Jeddah with a cruise missile. It wasn’t clear if there had been any damage.

The attacks have also provoked a retaliation in Yemen — the coalition bombarded the capital Sana’a with air strikes on Sunday, saying it was targeting the Houthis. The conflict has already killed tens of thousands of people and triggered what the UN says is the world’s worst humanitarian crisis.

“The Houthis are escalating missile attacks and being pro-vocational to make gains in the negotiations and back-channeling taking place in the context of the Yemen war,” Vakil said. 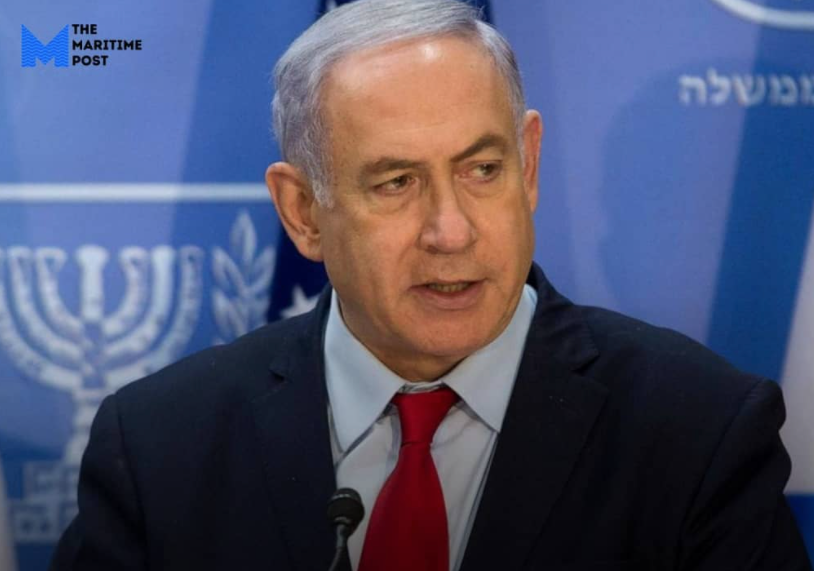 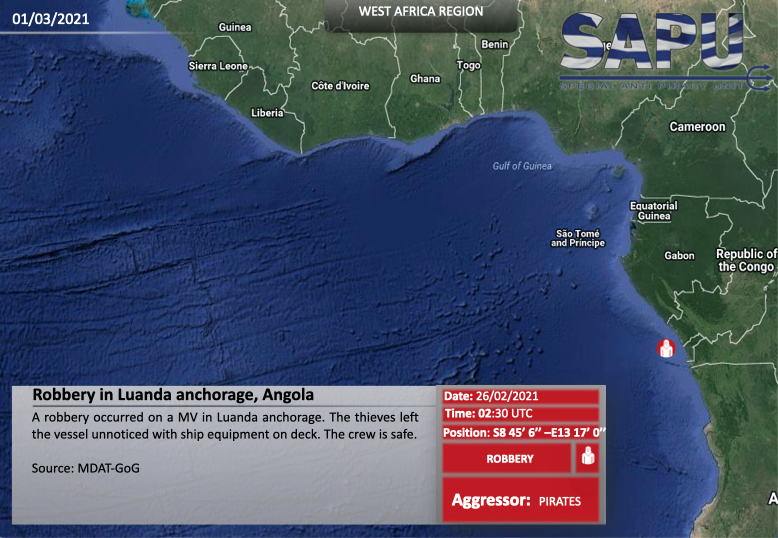 A robbery occurred on a MV in Luanda anchorage. The thieves left the vessel unnoticed with ship equipment on deck. The crew is safe. 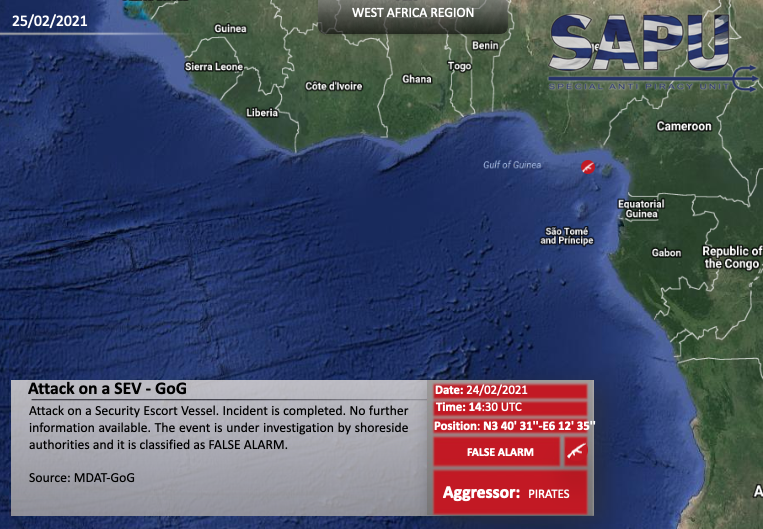 Attack on a SEV – GoG

Attack on a Security Escort Vessel. Incident is completed. No further information available. The event is under investigation by shoreside authorities and it is classified as FALSE ALARM. 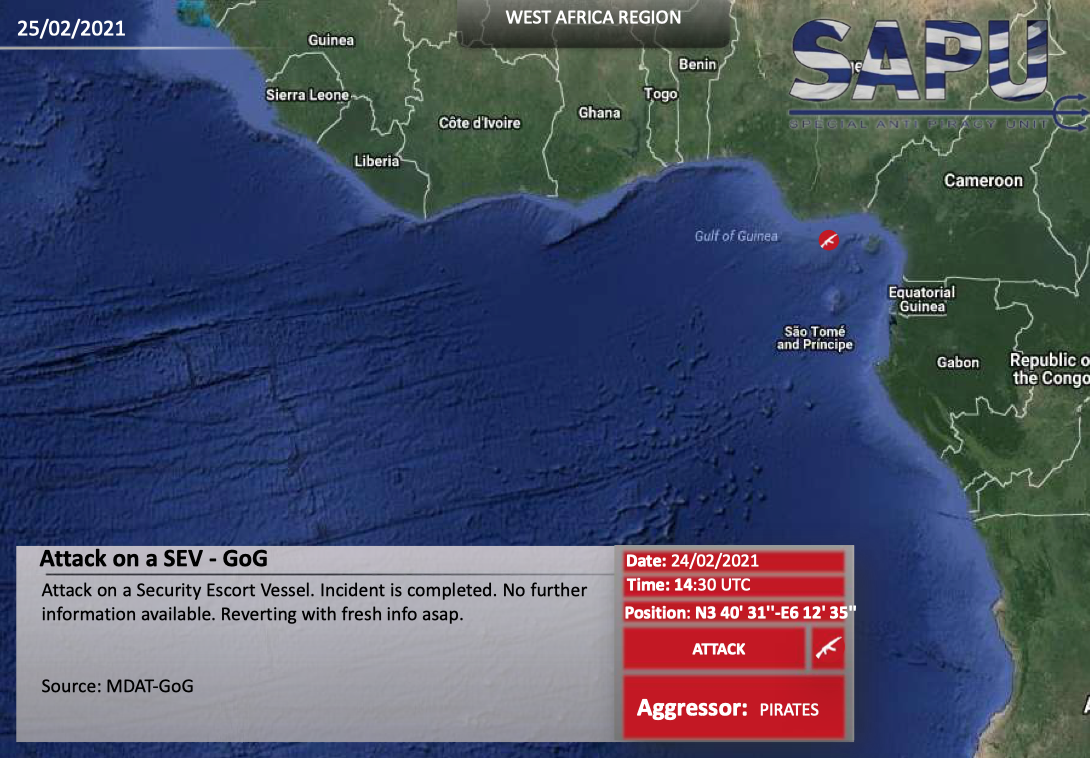 Attack on a SEV – GoG 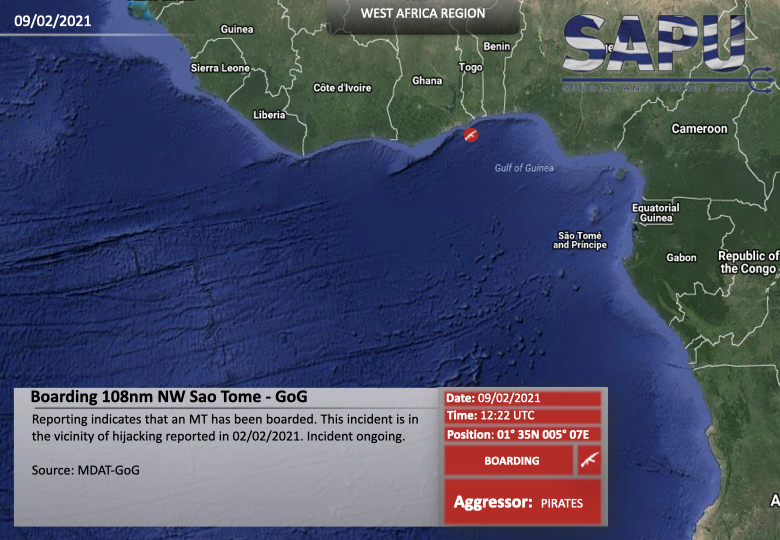 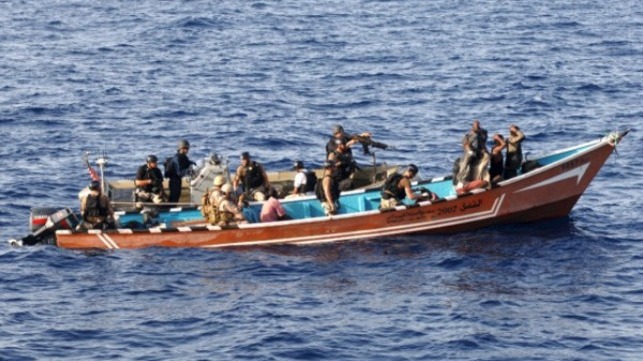