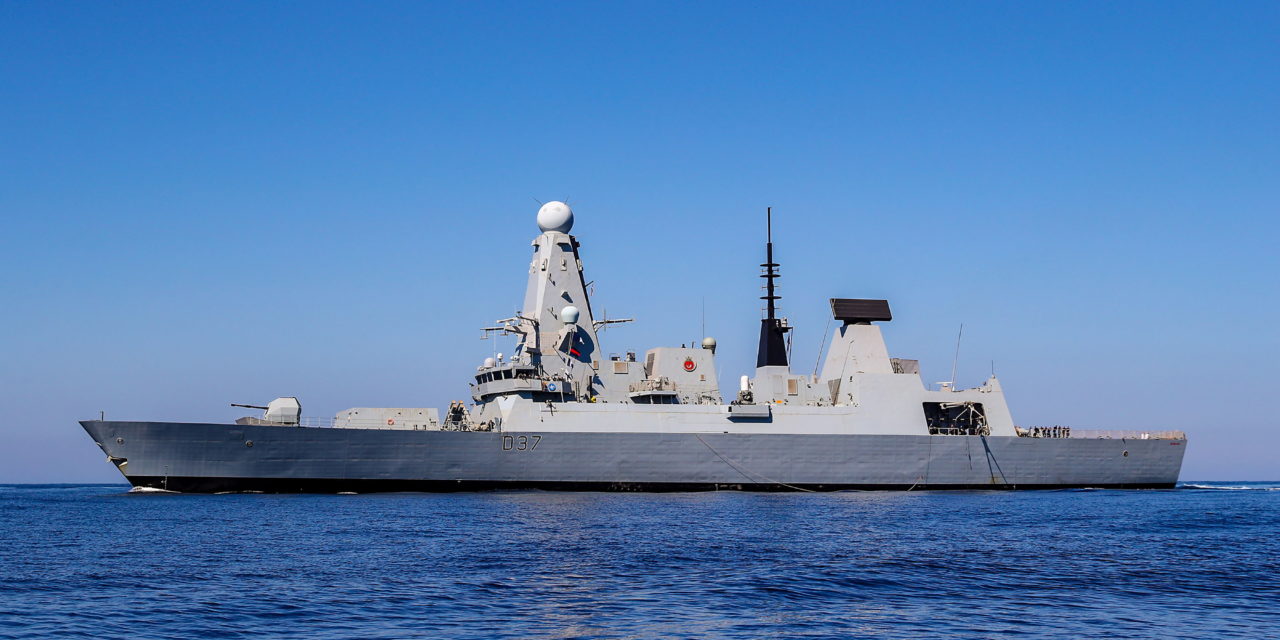 UK warship to escort UK ships through Strait of Hormuz

A second Royal Navy warship arrived in the Gulf of Oman to protect British ships during increasing tensions in the area. HMS Duncan has now joined frigate HMS Montrose to accompany ships sailing under the UK flag through the Strait of Hormuz

Until now, HMS Montrose has escorted 35 ship, the UK Ministry of Defence (MoD) said. In addition, Defence Secretary Ben Wallace wants the UK to seek a diplomatic resolution to the situation. He explained that freedom of navigation in the Strait of Hormuz is crucial not just to the UK, but for its international partners and allies.

For this reason, the Royal Navy will be protecting UK vessels, until such a reality is ensured.

As for the HMS Duncan, it is a Type 45 Destroyer, considered to be one of the most advanced warships ever built.

Overall, the tension in Strait of Hormuz peaked after Iran seized Stena Impero, leading a part of the shipping sector addressing that this was an act of retaliation and an act against international shipping laws.

What is more, British Royal Marines captured an oil tanker in Gibraltar on June 27, after being accused of bringing oil to Syria, thus breaching EU sanctions. In addition, the Royal Gibraltar Police has arrested the Indian Captain and Chief Officer of the Iranian tanker ‘Grace 1’, a few days after the ship was seized suspected of breaching EU sanctions by shipping oil to Syria.