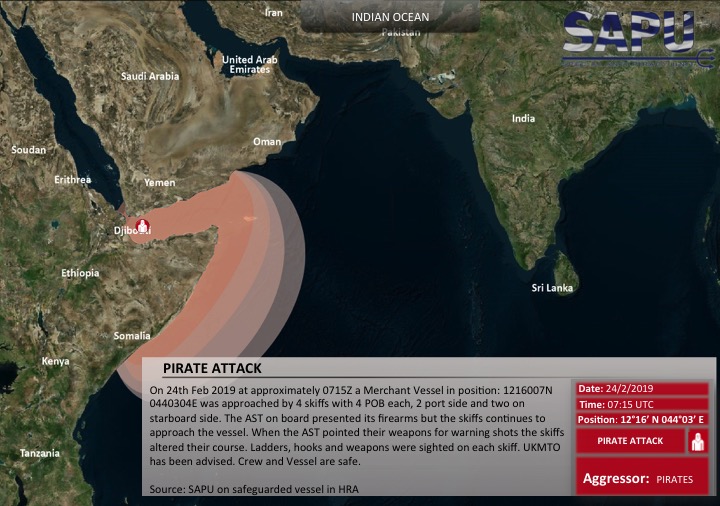 On 24th Feb 2019 at approximately 0715Z a Merchant Vessel in position: 1216007N 0440304E was approached by 4 skiffs with 4 POB each, two port side and two on starboard side. The AST on board presented its firearms but the skiffs continues to approach the vessel. When the AST pointed their weapons for warning shots the skiffs altered their course. Ladders, hooks and weapons were sighted on each skiff. UKMTO has been advised. Crew and Vessel are safe.