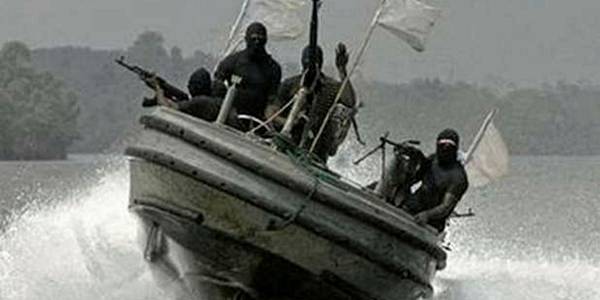 Stakeholders in Rivers State have called on the security operatives to deploy more gunboats to Bonny waterways to curb incessant pirate attacks on  sea travellers.
The stakeholders also expressed fears that going by the spate of attacks along the routes by the criminals, many eligible voters may be disenfranchised during the general elections, as they may not be able to travel to their voting points to cast their votes.
They told The Tide that the men of the underworld had attacked travellers along the route twice last week and carted alway property worth millions of naira.
A safety officer attached to Bonny Maritime Transport Association (BMTA), Mr. Donatus Kingsley said in space of three days, pirates attacked Bonny bound boats and stole three boat engines from the drivers and made away with huge cash.
According to him, commuters along the route find it very difficult to travel to Bonny due to these incessant attacks by sea robbers.
He feared that those who are eligible to cast their votes for candidates of their choice in the area may not be able to travel due to fears of attacks and robbery by sea robbers.
He called for the deployment of more security personnel to the waterways to ease their movement
The safety officer also appealed for the regularly patrol of the routes and the waterways before and after the 2019 general elections in order to secure the waterways and save lives and property from the hands of the hoodlums.
“The pirates are really making lives very difficult for travellers and water users along Bonny axis, government should please deploy security operatives to safeguard the drivers and the commuters plying the routes,” he said.
Similarly, the Rivers State Police Command has expressed dismay  over the pirate attacks along Bonny routes by sea robbers, last week.
Spokesman of the Command, DSP Nnamdi Omoni said the command was poised at safeguarding lives and property at the trouble route.