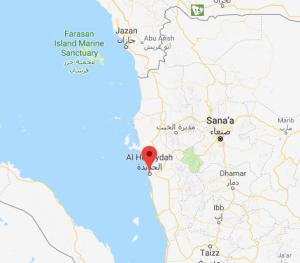 An “immediate ceasefire” in Yemen’s war will actually come into effect on 18 December, officials say, after the initial deal was followed by violence.

The warring sides agreed to end fighting in the vital port city of Hudaydah last Thursday.

A day later, air strikes and fierce clashes were reported between pro-government forces and Houthi rebels.

UN and Yemeni officials say the ceasefire delay is needed so that orders can be passed to ground troops.

The UN Special Envoy for Yemen, Martin Griffiths, has urged both sides to respect the obligations and spirit of the agreement, which followed UN-brokered talks in Sweden.

Hudaydah, 140km (90 miles) west of the capital Sanaa, was Yemen’s fourth-largest city and a major economic hub before rebels took control of it in late 2014.

As a port, it is also a lifeline for just under two-thirds of Yemen’s population, who rely almost entirely on imports for food, fuel and medicine.

It is one of the areas controlled by the rebels, but since June has been under assault by a Saudi-led coalition backing the pro-government troops.

More than 22 million Yemenis need some form of aid, and eight million do not know how they will obtain their next meal.

UN Secretary General Antonio Guterres has warned that severe food shortages could deteriorate further if the truce in Hudaydah fails.

At least 10,000 people have already died in the four-year conflict, the World Health Organization says.