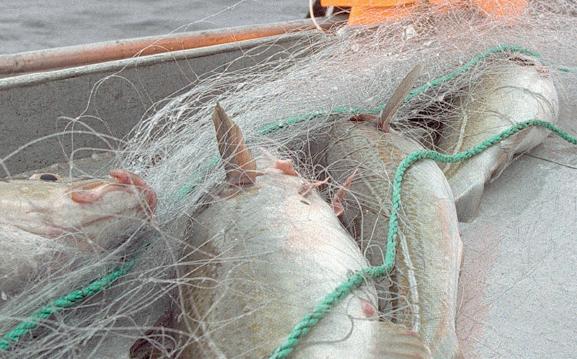 European tuna vessels are avoiding fishing in the Gulf of Guinea and nearby waters amid a rising threat of piracy in the area.

Most European tuna vessels generally fish further up north in the Atlantic, industry sources told Undercurrent. In recent months, they have preferred to avoid the area, in any case, due to the risk of being attacked.

“We received detailed information from the Operations and Surveillance Center of Maritime Action of the Navy (COVAM) on the situation that is lived, in general, in the Gulf of Guinea. It is true that there is an increase in piratical activity more related to what some call armed robbery at sea, sometimes linked to attacks in anchorages, or fuel theft,” Borja Alonso, director of legal affairs and sustainability at Albacora, told Undercurrent News.

“But we understand that, although we follow these events with concern (the kidnapping that happened in March could have affected anyone), we are far from the situations that came to live in the Indian Ocean some time ago,” Alonso added.

Over the last six years, the threat from piracy in the Gulf of Guinea “has increased significantly, from a focus on the hijacking of tankers for cargo theft to the situation we see now where there is a threat against all types of shipping with the kidnapping of seafarers for ransom”, Max Williams, fleet operations director at security service provider Africa Risk Compliance (ARC), told Undercurrent.

“We believe that the threat since mid-2016 has been at an elevated level, and we correctly predicted that there would be an increase in attacks on vessels off Togo and Ghana following incidents against merchant vessels in Benin in the first three months of 2018. We have counted over 80 incidents against merchant vessels in the Gulf of Guinea since the start of the year,” Williams said.

An incident against a fishing vessel in West Africa took place off Ghana in late March, with the kidnapping of three sailors from a tuna pole and line vessel that belongs to World Marine, a Ghanaian-Korean joint venture company, according to sources.

“It is a very serious matter in the Atlantic, as the Korean captain, chief engineer and first officer were kidnapped. The Korean government dispatched a navy vessel from the Indian Ocean to the Atlantic urgently, and within few days after arrival, all crew was released,” one Korean industry source told Undercurrent.

“Ghana Tuna Association asked the Ghanaian government to monitor pirate in the zone and asked all boat owners not to fish alone or isolated, to make some group with few boats in the Ghana zone,” the industry source added.

Other incidents in 2018 include an attack on two fishing vessels south-west of Lagos in March, an attack on a local fishing vessel in Cotonou when a fisherman was killed, and the kidnapping of three crew from a Chinese fishing boat in Cameroonian waters in February, according to Williams.

Aside from the above incidents against fishing vessels, larger merchant vessels of all types have regularly come under attack south and south-west of Bonny, Nigeria, and Lagos is currently experiencing a spike in security incidents within the port area.

“As we include attacks against local vessels in our figures, we believe that over 100 seafarers have been kidnapped since the beginning of the year, with several crew members and vessel passengers injured and some killed,” Williams said.

Compared to the Indian Ocean, the threat of piracy is far greater in the Gulf of Guinea, Williams pointed out. “The threat of piracy in the Indian Ocean has reduced with the embarkation of privately armed security personnel and the presence of the international navies and the coordination with UKMTO [UK Maritime Trade Operations] and MSCHOA [Maritime Security Centre – Horn of Africa]. However, the conflict in Yemen does increase the risk against merchant vessels, although they may not be intended targets if they are not calling at Yemeni ports and are instead at risk of collateral damage from the conflict,” Williams said.

Fishing companies should ensure that they are aware of where exactly the threat is.

It has been demonstrated that pirates have the ability to attack vessels at significant distances from the shore and companies should have an understanding of where attacks are happening and what the trends are, Williams pointed out.

“This is the reason we operate our intelligence system which keeps clients informed of when and where attacks happen. Vessels are at their most vulnerable when stationary or moving slowly, and a low freeboard makes it easy for pirates to board. Vessels should conduct watch routines at all times of day and night, and equipment like night vision goggles can be very useful to maintain an effective lookout during the night,” he said.

Efficient and tested security procedures, such as emergency drills, should be in place, and vessels should be hardened as much as possible with equipment such as razor wire, steel plates or bars over windows and secure doors.

“If it is not possible to secure a vessel effectively (due to cargo or fishing operations), a well-constructed citadel is a very effective means to offer protection to crew should the vessel be attacked and boarded by pirates. As part of our services, vessel security surveys and crew training are designed to assist in this, and this approaches can offer a more cost-effective security solution than the armed guards and escort vessels employed by larger merchant vessels,” Williams said.