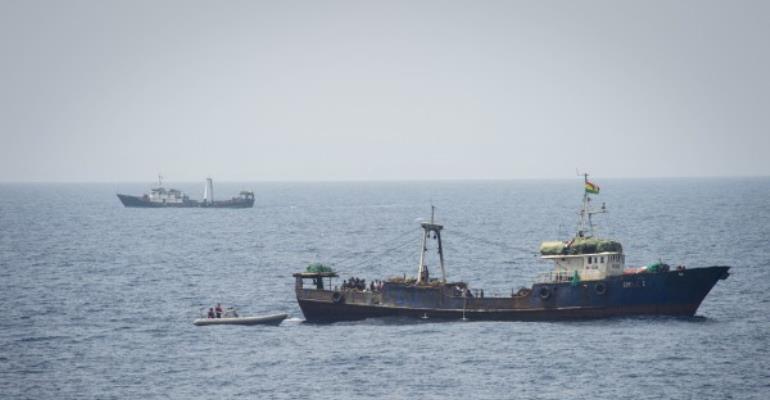 A Ghanaian fishing vessel is reported to have been hijacked by some unknown persons believed to be pirates.

The Deputy Director of Environment and Safety Standards at the Ghana Maritime Authority, Captain Inusah Abdul-Nasir, who confirmed this on Eyewitness News, narrating the circumstances under which the vessel was hijacked, said the incident was reported to the Ghana Navy around 6:00pm on Monday.

“This incident was reported at about 6:00pm on Monday.We have a system at the Ghana Maritime Authority which we use to track vessels in the Maritime domain so during this monitoring system at about 1800 hours of Monday, there was a call from the vessel. Actually these vessels do not call but they were calling the navy, and there was no response so we intercepted the call and called back, but unfortunately the vessel did not respond. The operator subsequently called to say a fishing vessel was purportedly hijacked.” he narrated.

Mr. Abdul Nasir could not give further details as to where the vessel was coming from or heading to, despite clarifying that it was “registered under the Ghanaian flag with the Ghana Maritime Authority.”

According to him, recent reports indicate that the vessel had sailed into Togolese waters after being hijacked, adding that the Togolese Navy had been informed of the development, and are working frantically to rescue the vessel.

Mr. Kamal indicated that, this occurrence is not new, considering that this year [2018] alone, there had been “some significant number of hijackings in the West African sub-region”